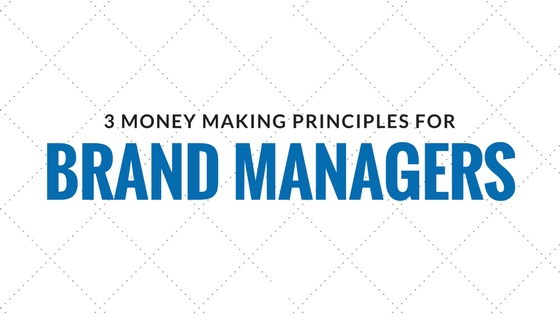 Now, a few variations on the above themes:

#1 – There is indeed no relationship between cost and creativity.

First, the most extravagant commercial — irrespective of cost — is the ineffective commercial. Whether it cost $100,000 or $1,000,000 doesn’t matter; a bum commercial is a total loss. Beyond that, some of the greatest television ideas are essentially simple ideas. Many products that use television extensively are basically simple products, consumed in a kitchen, used in a bathroom or drunk at a tavern.  One of the most memorable tire campaigns on TV eschews running shots, road races, and expensive location shooting. Instead, it stars only the client’s tire…and a baby. Talk about visualizing the end result benefit! None too expensively, either.

For the most part, extravagant production costs are generated in the execution of commercials, not by the basic strategy or selling idea. Execution is what wins Cannes Gold Lions. Concept is what wins share of market numbers.

We are clearly not constructing a case for making “cheap” commercials; we are instead promulgating an argument for putting the heavy-duty creative work against the selling idea. There is absolutely no predictable or discernible relationship between the amount of money spent on a commercial and its “creativity.” And, beyond a well-spent budget, there’s virtually no client-perceptible or consumer-perceptible difference in production quality. If you can’t see it in the screening room or your customers can’t see it when viewing at home, why are you spending money on it?

Define “waste” as “something you go to the trouble and expense of producing — but which the viewer never sees.”

Overbuilt sets are an example. Once, we had an agency argue endlessly and mindlessly for a 32-ft. wide set.  The middle 12 feet of the set were all that ever appeared in the commercial. Two-thirds of the set — ten feet on both sides of the television frame — which was constructed, erected in the studio, painted, propped, and lit (the reverse process of striking and disposal costing an equivalent amount of money) was total waste.

We once saw an Art Director hold up a shoot for a half day, insisting that the table (concealed by a tablecloth) in a food shoot was the wrong period furniture. That was waste: under the tablecloth, the viewer couldn’t see whether it was a Louis XIV table — or a tray on top of a sawhorse.

Commercial production is an inescapably wasteful business.  It is populated to a growing degree by inexperienced buyers, and all-too-experienced sellers of production.  The selling posture of production houses is, “Whatever you want, you got it!” and that’s a heady experience for a young Art Director.  But there’s a tremendous price connected with that sort of “cost-is-no-object” operating principle, and of course the client is the only one to pay.

It’s not surprising that responsible agencies today are calling for better planning, more thoughtful allocation of elements, and better estimating in both production specifications and sets, film, time, crew, props, and wardrobe.

#3 – If you know what your production elements cost, you may buy less — and therefore spend less

The important distinction lies between what things cost, and the prices agencies are asked to pay for them. This item needs more attention than it gets. For example, everyone knows what percentage is charged for Crew P&W:  We’ve seen overrides from 7% to 35%!  But what’s the true cost?

In addition, it’s a rare agency producer (and virtually no creative) who can tell you at any moment what an average sound day on a set will actually cost in Prague, Toronto, Mumbai, New York, or Sydney. The charges, however, run from $20,000 to $200,000.

I once sat in a pre-production meeting in London with a top agency and first-rate client, and absolutely no one in the room (except for the interloper American) knew the cost of any of the elements in a board which had been parsed within an inch of its life. Not to know these costs, at that late stage in the commercial’s life, was unprofessional and unforgivable.

There have been instances where U.S. agencies have installed mature and experienced former producers as heads of their Production Departments. This may be the best way to buy the knowledge so critically needed in the business.

One of the world’s largest TV advertisers once set up and ran a carefully-controlled mirror-image production test; and, as a result, discovered the true cost (not the selling price — as above, there’s a difference!) of the most common elements of production. That knowledge made careful, thoughtful buyers out of that advertiser’s staff people.

You CAN do that…

…Or, you can call us