Can You Spend Your Production Budgets More Wisely? 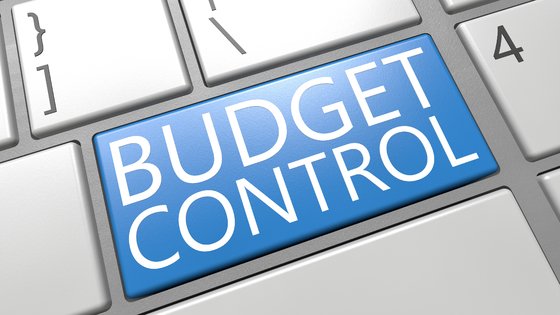 You can with MRA.

Check out a few examples of how we’ve helped others spend their production budgets more efficiently:

Recently, a client was pre­sented with new creative work.  The agency recommended producing three :30 spots behind the new creative; total bid for the production amounted to $1,600,000 — somewhat steep, but within the limits of what gets spent for com­mercials in that category.

On analysis of the boards, MRA’s consultant broke down the costs by commercial.  She suspected that a disproportionate share of the ex­pen­diture lay in an unassum­ing-looking set called for by only one of the spots — not immediately apparent from the board, except to a trained eye.

On digging fur­ther, it turned out that this set alone cost $540,000, or 34% of the total pro­duction cost for the entire pool!

When the Product Manager was ap­prised of the facts, she decided (smart Product Manager!) to produce the other two :30s. Total produc­tion outlay, just over $894,000, instead of the originally-recommended $1,600,000.

It’s not easy to see production pitfalls and extravagances in a storyboard.  That takes years of practice, and the experience of working with thousands of commer­cials. The average Product Man­ager, who may produce as many as three commercials a year, can’t be expected to act as his own produc­tion expert. Moreover, negotiating costs is not the optimum use of a Product Manager’s time.

It is, however, the optimum use of MRA’s time. That’s why we work for over more than 30 clients on retainer, and why we’ve done project work for all but a handful of the top 200 adver­tisers over the 35+ years of our exis­tence.

Here are a few more examples of the kinds of savings MRA experts make  — large and small.

A major client was facing produc­tion of a large pool of commer­cials, featuring multiple non-speaking actors in each commer­cial.  The agency bid the job in Los Angeles — and also in South Africa and South America. Since the tal­ent was non-speaking, dialogue wasn’t important: looks, acting, and loca­tion were.

MRA has had considerable experi­ence with overseas production and was able to provide valuable infor­ma­tion about the necessity of ex­tended lead-times in scheduling and the placement of heavy em­phasis on preproduction in order to assure a smooth job.

The commercials turned out just fine (thank you!). The client ulti­mately saved $500,000 in production costs over the Los Angeles-based bidder and, coincidentally, $458,000 in reuse fees. The agency feels good about the results and, when last seen, was sporting the commer­cials on its sample reel.

Another client had two :30s (each with a :15 cut-down). The shooting schedule called for four con­secu­tive days in outdoor locations in California. Given the potential for rain in February on the west coast, MRA strongly recommended that weather day insurance be in­vestigated; our people were able to recommend an insurance com­pany which had previously pro­vided good coverage at a very favorable price for our clients.

Weather-day contingency costs on this project were estimated at $80,000 per day for a total rain-out. On the other hand, the weather-day insurance premium came in at $28,000 for all four days, guaranteeing that nine hours of each 12-hour shoot day would be rain-free.

As it turned out, one shooting day was drowned out and a total loss. With proper documentation, the in­surance company came through with $80,000 in coverage, the pool of commercials was produced as planned, and client and agency were pleased with the results.

Do you always accept the low bidder on production?  We don’t; instead, we look for the “best value” bid­der.

We had a recent case where the agency recommended — and the cli­ent con­curred — with the middle bidder: $25,000 higher than the low bidder. MRA agreed that the mid­dle-bid­ding director would do a better job and then set to work, negoti­ating a savings of $11,693 in pro­duction, casting, and agency travel. What that meant was, the commercial got the best director; agency and client were happy, and nearly half the premium cost was saved by judiciously pruning the production estimate.

In addition, the agency planned to hire nine on-camera principals as actors — four more than the five agreed to in the pre-bid confer­ence. Notified of the additional actors by MRA’s consultant, the client was able to persuade the agency that six on-camera princi­pals would be plenty — with an ul­timate savings of $45,000 in reuse payments.

Net result: the commercial seemed sufficiently “populated” with ac­tors; agency and client were happy with the results, and the client had a little extra cash to put into media or other areas.