Understanding SAG: What Every Brand Manager Should Know 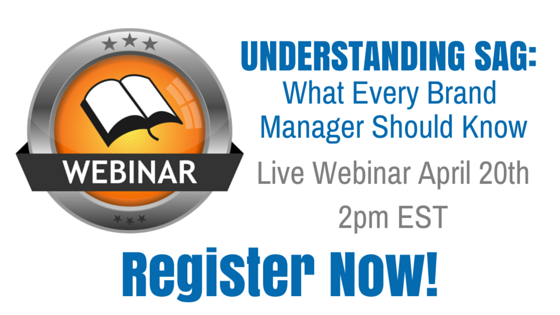 This year brings new changes to the Screen Actors Guild (SAG) contract with the Joint Policy committee of the ANA/AAAA for all the marketers and agencies who use actors for advertising. The SAG negotiations started in February and the new contract, tentatively agreed upon on April 3rd, 2016, will run until March 31, 2019.

If you plan on doing any type of broadcast advertising – including TV, Cable, Internet, New Media – using members of the Screen Actors Guild union or even non-union talent you should be prepared for and up-to-date with all the new changes in the SAG contract.

With the rising demand for online digital videos, agencies are using more talent than ever. The new contract aims to adapt to these new demands and will bring new changes to the SAG commercial rate sheets (split into TV and online/new media), retroactive payments due to performers, working conditions, the signatory/non-signatory status, off-shore production rules and other non-economic issues like using non-union actors for your production.

Because MRA is committed to helping you through this process, we will hold a live webinar on April 20th at 2pm EST to help you anticipate and prepare for all the specific problems that might arise for you.

This webinar is designed to help you make more informed decisions when storyboards and budgets are submitted for approval, and while this webinar will be most valuable for TV advertisers who also create online videos, any company is more than welcome to attend if they plan on doing any broadcast advertising in the future.

Join us on Wednesday, April 20th to learn more about:

• The Screen Actors Guild, who they are and what is their jurisdiction
• The SAG contract, and how to find out if you are a signatory
• Is it ever possible for SAG signatories to use non-union talent?
• Arbitration: What are your chances of winning
• The experimental Coverage Waiver for ‘Made For Internet and Made For New Media’ commercials

Presenter: The webinar is authored and will be presented by MRA’s own Jerry Rice

Who is Jerry Rice?

Jerry Rice has been a Senior Production Manager at Procter & Gamble, an agency producer and a production company owner. Jerry has considerable expertise in advertising production and has served on numerous industry committees, most important being the ANA Production Management Committee and as the Vice Chairman of the Joint Policy Committee of the ANA/AAAA, which negotiates the SAG contract on behalf of the industry.

Jerry has been through four SAG contract negotiations so far and will provide you with special insight into this process to help you smoothly navigate through the changes.